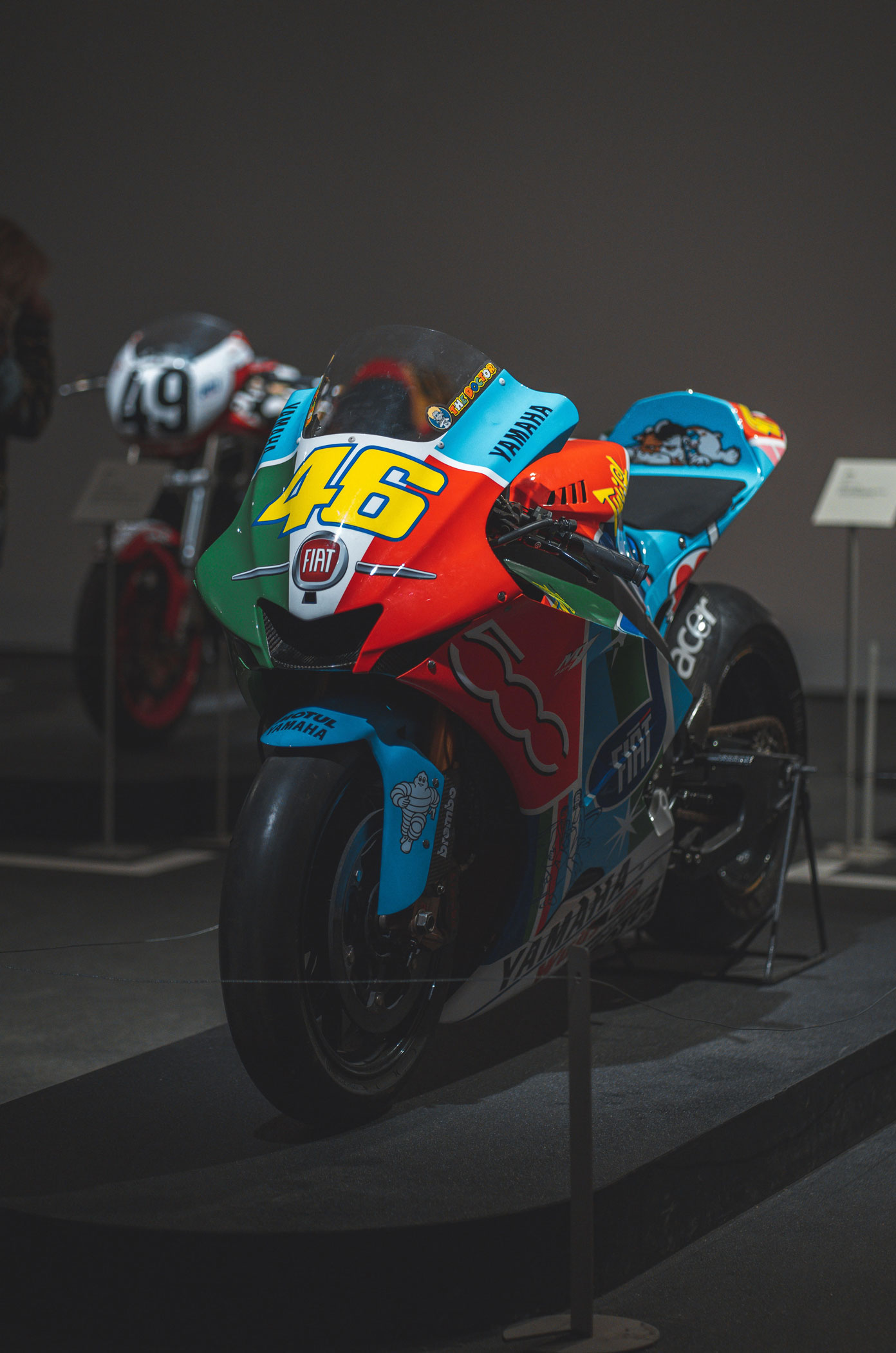 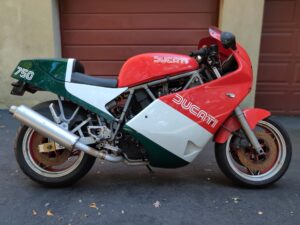 A great project to restore a complete classic and rare Ducati from the Cagiva era. A well used machine that has been sitting for 3 years. It was a daily rider until parked with no issues. Currently the starter works, the battery still holds charge and the engine turns over freely.

RESERVE AUCTION
Following the Ducati F1, the 750 Sport was produced for a short while using some components from the Paso and a few bits from the 851.   Production is said to be 153 examples, but this may be for the US only.  Worldwide production could have been 400 at best.    It was originally equipped with a Weber carburettor that caused some issues, however this example has been converted to the reliable Mikunis.  It is air cooled with Ducati’s desmodromic valve gear, a front mounted oil cooler and features a vented dry clutch.  Power  is delivered through the 5 speed gearbox.    It is equipped with Marzocchi 40mm telescopic forks and Marzocchi monoshock rear setup.   Brembo brakes with dual front and single rear discs mounted on original 16″ cast aluminum wheels.
Despite being well used with 43,000 miles, this Ducati is a great looking ride.  The original carburettors have been replaced with Mikunis.  The engine is said to have been rebuilt at 40,000 miles but there is no proof or documentation.   It sports an F1 style paint job that is in good, presentable condition.  The passenger pillion cover gives it a very serious look.   There is surface rust on the exhaust and frame as well as some brackets and brake rotors.   The battery holds charge and the starter works.  The engine does not start but catches for a few seconds with starter fluid.  The bike rolls freely and the front and rear brake appear to be functioning.  Great complete candidate for restoration or resto-mod of your personal taste.  Or give a complete service and enjoy as is.  Sold on a Bill of Sale.